http://timewheel.net/Image-Iceland-s-Crystal-Cave-Is-A-Scene-Of-Pure-Magic Beneath the Breiðamerkurjökull glacier in Iceland's Jökulsárlón glacial lagoon, there is an enormous natural cavern of unbelievable beauty. The cave has been delicately sculpted from years of underground lava flow and geothermal heat emissions interacting with the hydrologic cycle, resulting in this breathtaking natural formation. The ice that forms the walls of the cave … END_OF_DOCUMENT_TOKEN_TO_BE_REPLACED 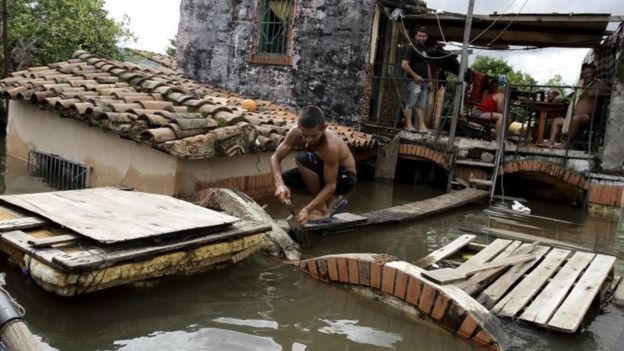 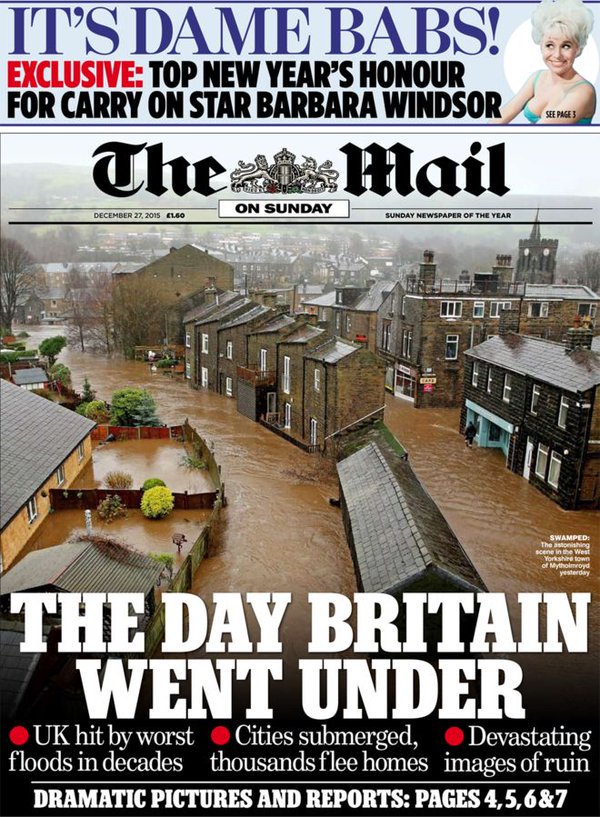 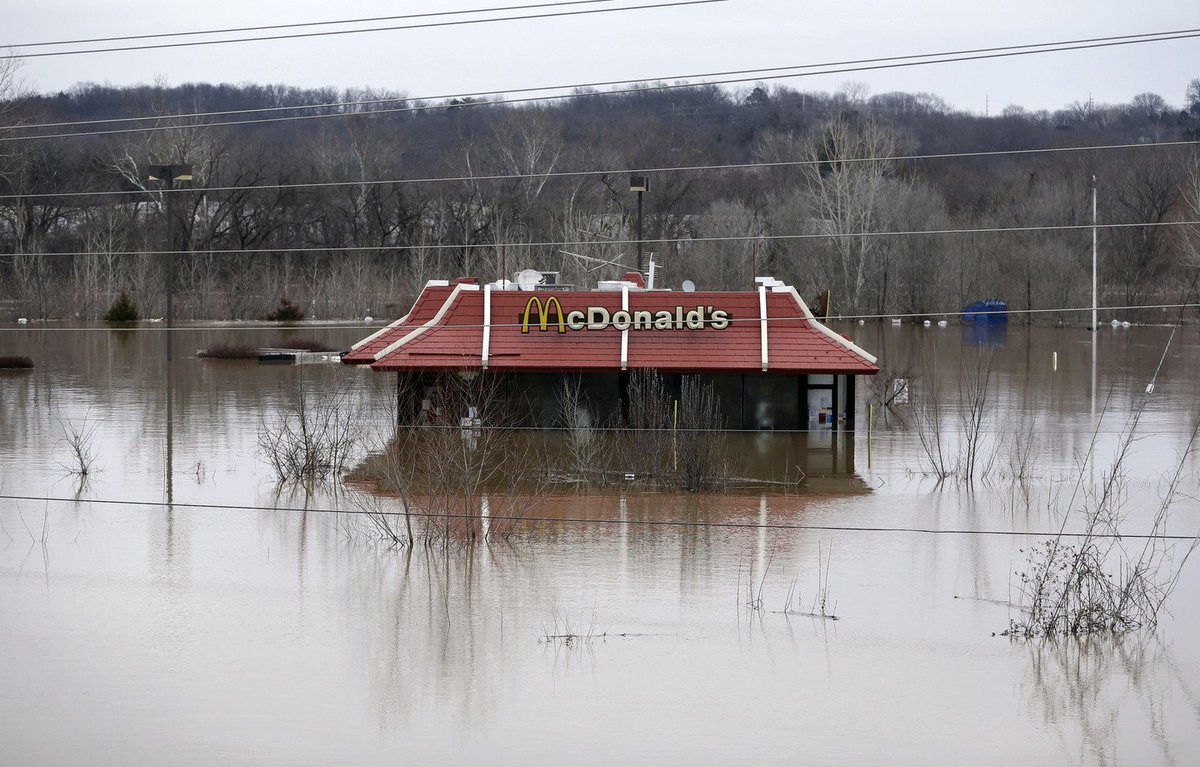 Claire Bernish December 23, 2015 (ANTIMEDIA) Porter Ranch, CA —Methane gas continues spewing, unchecked, into the air over southern California from a fractured well to an underground storage site — at such an alarming rate that low-flying planes have necessarily been diverted by the FAA, lest internal combustion engines meet highly volatile gas and, well, blow the … END_OF_DOCUMENT_TOKEN_TO_BE_REPLACED

It was on this day in 1956 that novelist Harper Lee spent Christmas in New York City with friends, and received a gift that changed her life. In 1949, Lee had dropped out of a law program at the University of Alabama and moved to New York City, the home of her childhood friend Truman Capote. … END_OF_DOCUMENT_TOKEN_TO_BE_REPLACED

http://www.latimes.com/nation/la-na-medical-pot-20141216-story.html by Evan Halper Tucked deep inside the 1,603-page federal spending measure is a provision that effectively ends the federal government's prohibition on medical marijuana and signals a major shift in drug policy.   The bill's passage over the weekend marks the first time Congress has approved nationally significant legislation backed by legalization advocates. It … END_OF_DOCUMENT_TOKEN_TO_BE_REPLACED

https://www.youtube.com/watch?v=2A0-YjQQPNY http://www.nytimes.com/2015/12/23/arts/music/beatles-fans-start-your-streaming-playlists.html?hp&action=click&pgtype=Homepage&clickSource=wide-thumb&module=mini-moth&region=top-stories-below&WT.nav=top-stories-below&_r=0 Happy holidays from the Beatles: As of 12:01 a.m. on Dec. 24, the band’s music will finally be available on streaming services worldwide. The group announced the news in a 35-second video featuring a medley of its biggest hits that kicks off to the sound of the 1963 single “She Loves You.” An accompanying … END_OF_DOCUMENT_TOKEN_TO_BE_REPLACED

Christmas is a time for celebration. A time for tradition – for the tried and tested. There is enormous pleasure to be harvested from the repetition of personal and family rituals.

Through these we reassure ourselves that whatever the trials of the year now concluding that, all in all, all is well and shall be well.

I’ll raise my glass to that and institute an Immortal Jukebox tradition of wishing all my readers a happy and peaceful Christmas and a new year that brings all you are hoping for by reblogging the final post of the Christmas Cornucopia featuring the incomparable Judy Garland, Bob Dylan and Charles Dickens.

First, the Keeper of American Song, Bob Dylan, with his inimitable spoken word rendition of Clement Moore’s, ‘The Night Before Christmas’.

It is safe to say that Bob’s pronunciation of the word ‘Mouse’ has never been matched in the history of the dramatic arts!

Of course, in the process of his more than 50 year career Bob has continually been reinventing himself and in so doing has gloriously renewed American culture.

The clip, above comes from his wonderful, ‘Theme Time’ radio show where over a 100 episodes he displayed an encyclopaedic knowledge of twentieth century popular music and a wicked sense of humour.

Bob also recorded for the season at hand the deeply heartfelt, ‘Christmas In The Heart’ album which gets better and more extraordinary with every hearing.

It is clear that Bob, who is well aware that it’s not dark yet (but it’s getting there) is consciously rounding out his career by assuming the mantle of the grand old man of American Music tipping his hat to every tradition (hence Shadows In The Night – his wonderful Sinatra covers CD).

The only safe thing to say about Bob is that he will have a few surprises for us yet!

Now we turn to Judy Garland with a Christmas song without peer, ‘Have Yourself A Merry Little Christmas’. Her singing on this song seems to me to be almost miraculous.

It’s as if her singing really came from the secret chambers of the heart all the rest of us keep under guard. No wonder she has such a deep impact on us – we know she is expressing a profound truth about the human condition – our need to love and know we are loved.

Judy Garland paid a high price in terms of personal happiness for living her life and art with such an exposed heart and soul but she fulfilled a vocation given to very few and left an indelible mark on her age and will surely do for aeons to come.

Today, not a poem but the concluding passages from, ‘A Christmas Carol’ by the incomparable Charles Dickens – a writer for all seasons and situations.

‘Hallo!’ growled Scrooge, in his accustomed voice, as near as he could feign it. What do you mean by coming here at this time of day?

‘You are?’ repeated Scrooge. ‘Yes. I think you are. Step this way, sir, if you please.’

‘It’s only once a year, sir,’ pleaded Bob, appearing from the Tank. ‘It shall not be repeated. I was making rather merry yesterday, sir.’

‘Now I’ll tell you what my friend, said Scrooge, I am not going to stand that sort of thing any longer. And therefore, he continued, leaping from his stool and giving Bob such a dig in the waistcoat that he staggered back into the Tank again, and therefore I am about to raise your salary!’

Bob trembled and got a little nearer to the ruler. He had a momentary idea of knocking Scrooge down with it, holding him, and calling to the people in the court for help and a strait-waistcoat.

‘A merry Christmas Bob!’ said Scrooge, with an earnestness that could not be mistaken, as he clapped him on the back.

‘A merrier Christmas, Bob, my good fellow, than I have given you for many a year! I’ll raise your salary, and endeavour to assist your struggling family, and we will discuss your affairs this very afternoon, over a Christmas bowl of smoking bishop, Bob! Make up the fires, and buy another coal-scuttle before you dot another i, Bob Cratchit!’

Some people laughed to see the alteration in him, but he let them laugh, and little heeded them; for he was wise enough to know that nothing ever happened on this globe, for good, at which some people did not have their fill of laughter in the outset; and knowing that such as these would be blind anyway, he thought it quite as well that they should wrinkle up their eyes in grins, as have the malady in less attractive forms. His own heart laughed; and that was quite enough for him.

He had no further intercourse with Spirits, but lived upon the Total Abstinence Principle, ever afterwards, and it was always said of him, that he knew how to keep Christmas well, if any man alive possessed the knowledge.

May that be truly said of us, and all of us! And so, as Tiny Tim observed, God bless us, Every One!

And who am I to do anything other than echo Mr Dickens and Tiny Tim?

So, to all the readers of the Jukebox I wish you a peaceful and joyous feast – however you choose to celebrate it. God bless us, Every One!

Christmas is a time for celebration. A time for tradition – for the tried and tested. There is enormous pleasure to be harvested from the repetition of personal and family rituals.

Through these we reassure ourselves that whatever the trials of the year now concluding that, all in all, all is well and shall be well.

I’ll raise my glass to that and institute an Immortal Jukebox tradition of wishing all my readers a happy and peaceful Christmas and a new year that brings all you are hoping for by reblogging the final post of the Christmas Cornucopia featuring the incomparable Judy Garland, Bob Dylan and Charles Dickens.

First, the Keeper of American Song, Bob Dylan, with his inimitable spoken word rendition of Clement Moore’s, ‘The Night Before Christmas’.

Trump said that Hillary got "Schlonged" by Obama in the 2008 election. "She was favored to win, and she got schlonged," Trump said, turning a vulgar Jewish noun for a large penis into a verb. Schlong means the same thing as schmuck, but I neither word is used in Yiddish used as a verb. The Washington Post has a good linguistic analysis. You … END_OF_DOCUMENT_TOKEN_TO_BE_REPLACED