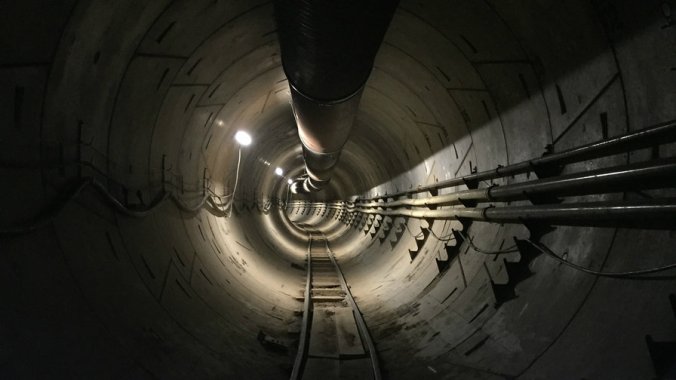 The Boring Company, Elon Musk’s venture that aims to solve traffic congestion with underground tunnels that would transport cars on “electric skates” at high speeds, excavates tons of rock in the process of digging tunnels.

What’s the company to do with all that rock? Musk wants to hollow it out, cut it into “lifesize” and “LEGO-like” pieces, and sell it to you in kits that you can use to create buildings and sculptures.

Musk added that the first kits will feature bricks to build things from ancient Egypt – pyramids, the Sphinx, or the Temple of Horus. Why Egypt? Turning earth into “useful” building bricks is an ancient concept, the Boring Company website says, noting the pyramids as an example.

The bricks will have more practical applications, too.

The Boring Company might also use the extra earth to line the walls of its tunnels, a solution its website says would be more environmentally friendly than using concrete.

“Since concrete production accounts for 4.5% of the world’s greenhouse gas emissions, earth bricks would reduce both environmental impact and tunneling costs.”

For now, it’s unclear how much the kits will cost, how big “lifesize” means, or when they’ll be up for sale. But what’s certain is that the Boring Company will soon have massive amounts of earth to deal with from the 2-mile tunnel it’s digging under Hawthorne in LA County, and tons more if it gets the go-ahead to dig in other cities.

Although it still needs to clear some funding, logistical, and government hurdles, the Boring Company has its sights on several projects at the moment: a 6.5-mile tunnel in L.A.; a high-speed rail project in Chicago that would run from  O’Hare International Airport and downtown; a 12.4-mile tunnel in Baltimore, which could one day extend to Washington, D.C. and even New York City.

It all seems to be going to the entrepreneur’s head – in a dad-joke sort of way, that is.