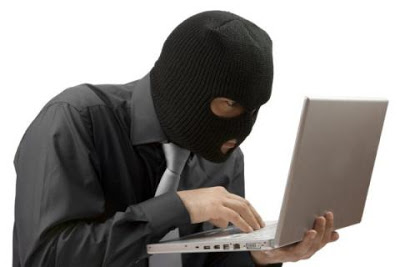 Publishing … and Other Forms of Insanity

From the Authors Guild:

Starting July 1, Amazon will pay royalties to its indie authors based on the number of pages users actually read, rather than the number of times the book is “borrowed.” In its announcement, Amazon touted its unilateral amendment to its terms for self-published e-books enrolled in its Kindle Unlimited (KU) and Kindle Owners’ Lending Library (KOLL) e-lending services. The change, Amazon said, is a response to authors’ complaints about the unfairness of its current single rate for all books, regardless of length. Writers of longer works will stand to benefit, provided those books are read in full, but it could slash the earnings of entire classes of authors, such as poets and children’s book writers, whose works tend to have fewer pages. The new regime leaves intact Amazon’s unfortunate practice of paying indie authors out of an opaque royalty pool, which pits self-published authors against one another in a zero-sum scramble for readers. With a finite amount of money to go around each month, one author’s gain is another’s loss.

The royalty adjustment comes almost a year after Amazon launched Kindle Unlimited, an e-book subscription service where readers pay $9.99 a month for access to hundreds of thousands of titles, most of which are self-published by members of Amazon’s KDP Select program. KDP Select authors, who are automatically enrolled in both KU and KOLL, agree to make their e-books available exclusively through Kindle platforms, preventing these indie authors from exploring other revenue streams as long as they are enrolled in Select. Authors may, however, drop out of KDP Select by contacting Amazon with the ASIN of the book they would like to remove, according to the announcement.

Under its outgoing royalty structure, Amazon pays a fee for each book “borrowed,” provided at least 10% of the book is read. The fee is the same for short story–length books as it is for a 500-page novel. Some writers quickly learned how to game the system and flooded Kindle Unlimited with excerpts and shorter works, even publishing books in chapters, since once a reader crosses the 10% “borrow” threshold the author earns the same no matter how long or complex the book is. While there are any number of other possible solutions to the problem, Amazon’s solution is to pay per page read. This represents an entirely new way of thinking about compensation for authors.

Exactly how this will impact books in the long run is hard to know, but it undoubtedly will affect KDP Select authors’ writing and the ability of some of these authors to make a living. For now, many questions remain to be answered. Will authors enrolled in the program feel compelled to write longer books? Will they feel the need to make sure every page has a compelling detail or cliffhanger? Will there be more padding (to make a book longer) or less (so every page is read)? If books do get padded, will readers start reading differently and skipping more? What happens to the long works of nonfiction that might take years to write and add greatly to our society’s knowledge base, but are rarely read in full by the lay reader? Will skimmed pages count? How long does a reader have to spend on a page for it to count as “read”? What data will Amazon share with authors and publishers? Will the data it gathers (most likely kept close) give it even greater dominance in indie publishing? Will it share any of its reading statistics with writers to help them have more pages read? Will they eventually foist this payment method on publishers, starting with the smaller ones who have little to no negotiating power?

At first glance, it appear that tying royalties to pages read will only incentivize authors to produce books that compel readers to keep reading. It’s not so clear whether that will result in better books. What is clear is that Amazon’s contracts with its indie authors are non-negotiable terms of use that Amazon can change at any time and which become binding on its authors within 30 days of their posting. Since its Kindle Select terms require exclusivity, this unilateral change in the royalty structure has the potential to disrupt the livelihoods of KDP Select authors with little to no warning. Even with Amazon’s monthly tinkering with the royalty pool, under its per-borrow scheme authors in recent months could at least count on a rate of somewhere between $1.33 and $1.40 per borrow. Writers of children’s books, particularly books for young children, will necessarily see that rate go down significantly.

Announced just weeks before it takes effect, the change is a reminder of Amazon’s power not only vis-à-vis traditional publishers and authors, but also among those self-published authors who have often been the e-tailer’s most vocal apologists. It’s never been more clear that indie authors who publish with KDP Select are dependent on Amazon’s business decisions, including how much money to distribute via the monthly royalty pool.

This is also a sad reminder that traditional publishers—whose unsavory contract terms we’re focusing on as part of our Fair Contract Initiative—aren’t the only ones who offer writers take-it-or-leave-it publishing contracts.

In additional Amazon news, the retailer has come to terms with Penguin Random House, the last of the Big Five publishers to negotiate e-book terms with Amazon after the expiration of the consent decree resulting from the U.S. v. Apple e-book pricing litigation. Neither side disclosed the nature of those terms or what pricing model (wholesale or agency) will govern under the terms of the new agreement.