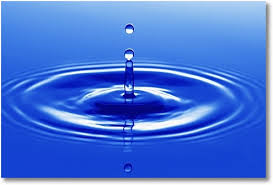 Is it arbitrary that a circle had 360 degrees and angles bisecting a circle reduce to the number 9?

I’ll go over the items in this video one by one:

1. “Why are there 360 degrees in a circle?” The system of measuring 360 degrees in a circle originates from ancient Babylonian mathematicians who used a base 60 or sexagesimal number system, in contrast to the base 10 or decimal system we use today. The reason they used it was that the number 60 is a highly composite number having factors of 1, 2, 3, 4, 5, 6, 10, 12, 15, 20, 30, 60–including those that are themselves composite–thus facilitating calculations with fractions.

2. “Do you think this is arbitrary?” Based on this fact in the history of mathematics, yes.

4. “Is there a divine code embedded in our number system?” It all depends on how you define a “divine code”. A code is either a set of rules, principles or laws, a coding system used for transmitting messages requiring secrecy, or computer code, a set of instructions in a program. The video doesn’t specify which sense of “code” is meant.

5. “Vortex Based Mathematics says yes.” Then it’s answering a question with a vague term which is as yet undefined. Moreover, a vortex is a powerful circular current of water or the shape of something rotating rapidly. Why is a form of mathematics that implies use on vortexes being used with respect to a stationary geometrical shape?

6. “Let’s examine the sum of the angles in regular polygons.” See 3.

7. “Meaningless numerology?” Numerology is by definition meaningless since it’s the study of supposed occult influence of numbers on human affairs, which makes this question a little redundant.

8. “Or divine symmetry?” It’s symmetry, period, with no need of modification.

9. “Converging into a singularity.” In mathematics, a singularity is a point at which a function takes an infinite value, especially in space-time when matter is extremely dense, as at the center of a black hole. No function is shown in the video that yields any value, infinite or otherwise, and the continuing drawings of stationary lines don’t “converge” anywhere.

11. “The nine reveals a linear duality.” In geometry, a duality is the interchangeability of the roles of points and planes in the theorems of projective geometry. We don’t see anything like this in the video.

13. “Nine models ‘every’ thing and ‘no’ thing simultaneously.” What the hell is this supposed to mean???

16. “Paradoxically, Nine plus any digit returns the same digit.” A paradox is a statement that contradicts itself. Mathematical equations never contradict themselves. Again, refer back to 3.

17. “So nine quite literally equals all the digits (36) and nothing (0).” Nine by itself does not equal 36 or 0, nor can any number equal any quantity that has the sum, difference, product or quotient of another number. In mathematics, some quantities equal other quantities. They can never be equal in any sense other than literally.

What have I really gotten out of this? Nothing.