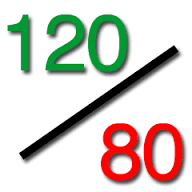 Quote: “A former NASA astronaut and family doctor, says the 100+ age guideline for “normal” blood pressure was around for decades.”

Everyone has different blood pressure readings, some are high, some low and most are in the middle. Many doctors have long held the belief that an acceptable systolic reading of blood pressure is 100 plus your age.

Modern physicians say normal blood pressure takes no account of age. A reading of 120mm/80mm is normal regardless, according to Mayo Clinic staff. But early 20th century blood pressure cuff users followed a “100-plus-age” rule of thumb to determine what was normal for age. Early 21st century doctors accepted increased “normal rates” as patients age, but within a much more limited range, according to the Mayo Clinic.

So now the question arises, just what is high blood pressure

A former NASA astronaut and family doctor, says the 100+ age guideline for “normal” blood pressure was around for decades. He also wonders if modern views on what is normal blood pressure arise from drug company involvement. “In the 1970s, the target limit for initiating drug treatment was 160/95. This has now become 140/90 (and more recently, 115/75), with a large number of organizations listed as in agreement,” he says.

In a dramatic reversal in policy, on May 4, 2000, an expert committee announced that systolic pressure is the most accurate blood pressure measurement for older adults. The new guidelines hold true for all those with hypertension who are over age 40 – a group that makes up the majority of 50 million Americans with the disease.

Since blood pressure elevation is associated with increased all-cause death rates, lowering of blood pressures by whatever means can only be good for humanity – can’t it? Well, the pharmaceutical industry loves it – this focus makes them billions of dollars. The medical community loves it – it’s good for business and seems ethically correct, and the public likes it. So began the worldwide focus on lowering blood pressure, the evolution of thousands of drugs designed to lower blood pressure, and of course, the beginning of a still growing multi-billion dollar business.

High blood pressure, as defined by the drug industry and medical doctors, is not an instant death sentence. The goal of maintaining a blood pressure at or near 140/80 (now 115/75) is based on drug company hype, not science. These numbers are designed to sell drugs by converting healthy people into patients. If high blood pressure were dangerous, then lowering it with hypertension drugs would increase lifespan. Yet, clinical trials involving hypertension medication show no increased lifespan among users when compared to non-users.

2. A “normal” systolic blood pressure equals 100 plus your age.

Only a century ago the blood pressure cuff was added to every doctor’s black bag. Only then did the terms systolic and diastolic blood pressure begin to become commonplace in our society.

Systolic pressure is the maximum blood pressure — achieved when the heart is contracting — and diastolic is the minimum pressure. Usually expressed as a number over a number as in 125 over 75, the systolic number is first followed by the diastolic number.

As a child of the depression I remember my grandmother’s blood pressure of some 300 over 100 “maxing out” old Doctor Piette’s new fangled sphygmomanometer, much to his amusement for she lived well into her nineties, finally passing of cancer.

The medical community then was of the belief that elevations of blood pressure were a normal part of the aging process and did not consider these elevations a significant risk to health.

Back in those days, if you survived infections and accidents, most of you were going to die from heart attacks and strokes and the rest from cancer and that was it. Then along came the Framingham study and the promise that much of this tendency for death was preventable if we could just control our blood pressures.

Although this focus obviously was on just premature deaths this truism was hardly noted in the uproar of a society noisily responsive to the possibility of stealing years of life from the grim reaper. The drug industry liked it, the doctors liked it and the public liked it.

So began our national focus on blood pressure, the evolution of thousands of drugs designed to lower blood pressures and the beginning of a still growing, multi-billion dollar business.

The one thing that old Doctor Piette found when he started using his new blood pressure cuff was that everyone had a different pressure. It was just like heights and weights and about every other thing he measured in people, even their blood sugars – no one had the same value. Some would be high, some would be low and most would be in the middle.

Along came a fellow good with numbers by the name of Gauss who even had this tendency named for him – the so-called Gausserian frequency distribution pattern.

The result was the bell shaped frequency distribution curves. The third of a million participants in this study were not pre-selected, representing your run of the mill, off the street, normal systolic and diastolic blood pressure values of fellow human beings.

Additional research revealed that blood pressure tends to rise naturally with age in both men and women so that a 120 systolic blood pressure of a 20-year old (roughly 100 plus the age) becomes 140 in a forty year old and 160 in a 60 year old with male values exceeding female by some 10 mm Hg.

This reality for both systolic and diastolic pressures has been known to all practicing physicians for many years. Even Dr. Piette soon learned about the 100 plus your age rule and it took much more than a 180 / 95 in an octogenarian to get his attention. He didn’t have any blood pressure pills then so it didn’t make much difference anyhow.

Meanwhile our scientists involved with our famous Framingham study had made the astounding correlation that the higher the systolic blood pressures of their Framingham community study patients the higher their all cause death rates.The data they reported to the medical and scientific community, would soon radically change medical philosophy with respect to the treatment of high blood pressure.

Their thinking went something like this: Since blood pressure elevation is associated with increased all-cause death rates, lowering of blood pressure by whatever means could only be good for humanity and the race was on. The pharmaceutical industry loved it – this focus was to make them billions. The medical community loved it – it was good for business and seemed ethically correct. The patients sort of loved it – they were stealing time from the grim reaper.

So now the question arises, just what is high blood pressure? Despite our past many decades of accepting the 100 plus your age, more or less, today’s medical textbooks are warring over exact values and new national standards come out every few years placing the desirable blood pressure target values ever lower.

Is medicine fueling this war or might it just be the multi-billion dollar pharmaceutical industry? For to lower the target value 5 points on the blood pressure scale can mean billions.

A recent study by a group of UCLA researchers came perilously close to corroborating Dr. Piette’s guiding rule of 100 plus your age for men, subtracting 10 for women and this is after this “Golden rule” had been in use for five or more decades. Goodman and Gilman without considering age advises that robust evidence supports the treatment of diastolic hypertension of 95 or above, yet only 15 % of men are in this category.

The Public Citizen’s Health Research Group strongly advises consideration of age in determining whether or not treatment is justified, suggesting that in the elderly only pressures equal to or above 180/100 might be treated beneficially with drugs. In the 1970s the target limits for initiating drug treatment was 160/95. This has now become 140/90 with a large number of organizations listed as in agreement.

Obviously there are no hard and fast guidelines for the practicing physician – fully 30% of his patient population will require drug treatment for high blood pressure by today’s standards. And many of his patients will be 70 and 80 year olds whose systolic pressures of 179 and 180 are completely normal for their age.

There is much food for thought here. Who is really benefiting from this trend? Certainly the pharmaceutical industry is reaping ever-growing rewards. I wish I could be certain that the patients are benefiting at all.

When one considers the side effect profile of most of the anti-hypertensive medications, even if we add a few months of life what are we as a society really doing? And on this subject of thwarting the grim reaper, the results of long-term studies are far from reassuring. Why am I not surprised?