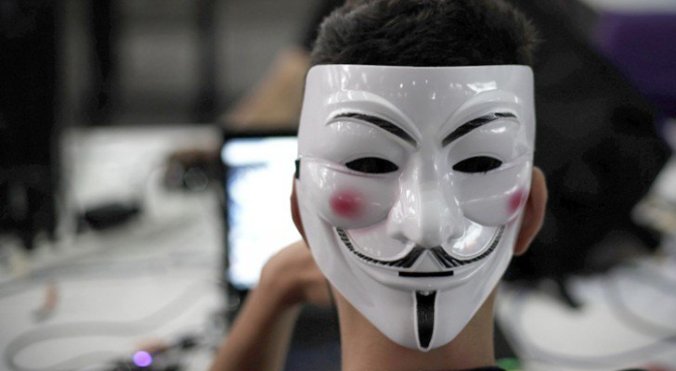 Hacktivist group Anonymous has reported that they have taken down more that 5,500 Twitter accounts belonging to ISIS. This action comes after Anonymous declared “total war” on ISIS following the Paris attacks. The good thing is, this war is taking place in a peaceful way, one that helps to remove the social influence the group has on others in a non violent way, something we can appreciate given the excessive violence we’ve seen in the past week.

They let the world know by tweeting from their newly created #OpParis account, Anonymous stated: “We report that more than 5,500 Twitter account (sic) of #ISIS are now #down! #OpParis #Anonymous #ExpectUS.”

Ending their post with their classic “#EpectUs” sentiment, we can only hope the group continues to use their skills to take action that assists in cleaning up the challenges our world faces.

“Our capability to take down ISIS is a direct result of our collective’s sophisticated hackers, data miners, and spies that we have all around the world. We have people very, very close to ISIS on the ground, which makes gathering intel about ISIS and related activities very easy for us,” Alex Poucher, a spokesman for Anonymous, told RT.

Alex also stated that he believes that the Anonymous collective has built tools that “might be better than any world government’s tools to combat ISIS online.”

Does ISIS have hackers? Of course they do! So what about an all out hacking war? What would Anonymous do if ISIS were to begin attacking on that level? Alex Poucher feels confident that the militant group “does not have hackers like we have hackers.”

Changing The World In A Different Way?

“They picked a fight with Anonymous when they attacked Paris, and now they should expect us… [Anonymous] will not sit by and watch these terror attacks unfold around the world.”

This makes you wonder whether or not this is a perfect piece to the puzzle. While people all over are doing their own bit to change our world in their own way, the Anonymous collective is doing theirs and it’s non violent in nature. They know and see that what is taking place in the world is not something we are going to stand for and they are taking a unique approach to transforming the situation.

This is something many people are feeling as they begin to look for others ways to do there part. As the Dalai Lama stated, simply praying is not going to help. This is a problem we created and we must now deal with it. This is an important time to start looking at why things like this keep happening and how we react to it each time.

We all know terror is bad and nobody likes to see that, but we must also continue to centre ourselves in love and solid conscious solutions to bring about change. If Jihadi’s state that they love death more than we love life, then maybe they are playing the role of encouraging us to love life. If we can continue to find the love even in these tough times and stop putting some much attention and power towards the political agendas at play here, by seeing through them, then we will help in stopping to fuel this whole game. This doesn’t mean sit back and pray, it means changing your conversations, changing the way you see things, taking actions that are more of service to others, transforming your consciousness and working on your own personal growth and truly stepping into loving life!

A Response From ISIS

Anonymous released a video on Monday Nov. 16th 2015 stating that the collective would “launch the biggest operation ever” against ISIS/Islamic State following the attacks that took place in Paris. Using their skills they are vowing to  “unite humanity,” and warned terrorists to “expect massive cyber-attacks.”

“Anonymous from all over the world will hunt you down,” the spokesman in the video said. “You should know that we will find you and we will not let you go.”

This video didn’t go without a response from ISIS who stated the hacktivist group are “idiots” and then began offering guidance to ISIS supporters on how they can protect themselves against cyber-attacks.

However, as of Monday, 900 ISIS-related Twitter accounts had already been suspended after Anonymous posted a list of them online.

This is not the first time Anonymous has used its skills against ISIS. This year, the group has dismantled some 149 ISIS-linked websites, according to a recent report in Foreign Policy.