Edited and shortened by Kenneth Finton from original version: 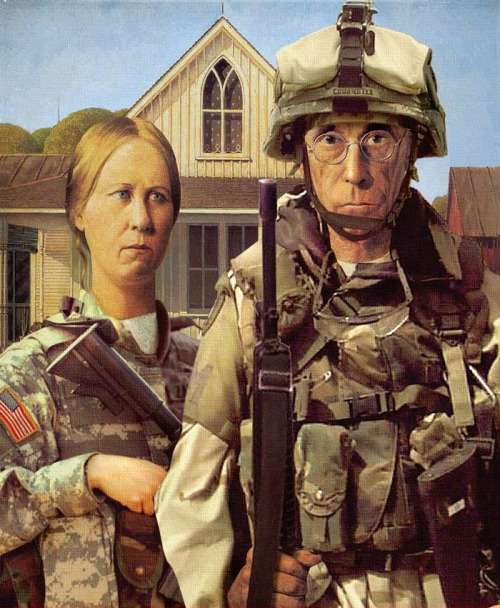 The real problem isn’t east coast elites don’t understand or care about rural America. The real problem is rural America doesn’t understand the causes of their own situations and fears and they have shown no interest in finding out. They do not want to know why they feel the way they do or why they are struggling because the don’t want to admit it is in large part because of choices they’ve made and horrible things they’ve allowed themselves to believe.

It doesn’t matter how many people say it, it is still bullshit.

It is an intellectual/linguistic sleight of hand meant to throw attention away from the real problem. The real problem is not that east coast elites do not understand or care about rural America. The real problem is that rural America doesn’t understand the causes of their own situations and fears and they have shown no interest in finding out. They do not want to know why they feel the way they do or why they are struggling. They do not want to admit know that they have made bad choices and allowed themselves to believe in horrible things.

In deep red States, the white Christian God is king –– figuratively and literally, religious fundamentalism has shaped most of their belief systems. Systems built on a fundamentalist framework are not conducive for introspection, questioning, learning, or change. When you have a belief system that is built on fundamentalism, it is not open to outside criticism, especially by anyone who is not a member of your tribe and in a position of power. The problem is not “coastal elites don’t understand rural Americans.” The problem is rural America doesn’t understand itself and will never listen to anyone outside their bubble.

Another problem with rural-Christian-white Americans is that they are racist. Perhaps most are not the white-hood-wearing, cross-burning, lynching racists –– though some are still. There are many people who deep down in their hearts truly believe they are superior because they are white. Their white God made them in his image and everyone else is a less-than-perfect version, flawed, even cursed. Their religion taught this. Even though they have taken back some of their more racist declarations, many still believe the original claims. Non-whites are the color they are because of the sins of their ancestors. Blacks don’t have dark skin because of where they lived and evolution. They have dark skin because they are a cursed people who do not deserve the things that God’s blessed white people do. If God cursed them for a reason, then it is not proper to question it. If God cursed them, then treating them as equals would be going against God’s Will.

It is really easy to justify treating people poorly if they are cursed by God. They will never be as good as you no matter what they do. Some predetermined status was given to them by an almighty God.

For the “coastal elites” who understand evolution, genetics, science, there is little to nothing we say to those in fly-over country. They will not listen. To them, we are arguing against God. They have an anti-education belief system. One cannot win a battle of beliefs with these people if you are on one side of the argument and God is on the other. No degree of understanding this is going to suddenly make them less racist, more open to reason and facts. Telling “urban elites” they need to understand rural Americans isn’t going to lead to a damn thing because it misses the causes of the problem.

Rural Christian white Americans will not listen to educated arguments, even if supported by facts, that go against their fundamentalist belief systems. Any change must come from within. Internal change in these systems does happen, but it happens infrequently and it always lags far behind reality. This is why they fear change so much. They aren’t used to it. Of course, it really doesn’t matter whether they like it or not, it, like the evolution and climate change even though they don’t believe it, it is going to happen whether they believe in it or not.

Another major problem with closed-off, fundamentalist belief systems is they are very susceptible to propaganda. All belief systems are to some extent, but fundamentalist systems even more so because there are no checks and balances. If bad information gets in, it does not get out. Because there are no internal mechanisms to guard against it, it usually ends up very damaging to the whole.

President Obama was born in Kenya. He is a secret member of the Muslim Brotherhood who hates white Americans and is going to take away their guns. They believe this.

Are their fears rational and justified? The problem isn’t understanding their fears. The problem is how to assuage fears based on lies in closed-off fundamentalist belief systems. They do not have or want to have the necessary tools for properly evaluating the fears.

When a child has an irrational fear, you can deal with it because they trust you and are open to possibilities. When someone does not trust you and is not open to anything not already accepted as true in their belief system, then there really is not much you can do.

WHAT CAN CHANGE THE BELIEFS OF FUNDAMENTALISTS?

Do you know what CAN change the beliefs of fundamentalists? When something becomes personal. Many a fundamentalist have changed their minds about the LGBT community once their loved ones started coming out of the closet. Many have not, but, those that have done so changed their views because their personal experience came in direct conflict with what they believe.

The catastrophe of the Great Depression along with the progressive remedies by FDR helped create a generation of Democrats from previously die-hard Republicans. People who had, up until that point, deeply believed the government couldn’t help the economy. Only the free market could change their minds when the brutal reality of the Great Depression affected them directly. They elected Roosevelt.

A significant number of rural America believes President Obama was in charge when the financial crisis started. An even higher number believe the mortgage crisis was the result of the government forcing banks to give loans to unqualified minorities. It doesn’t matter how untrue both of these are, they are gospel in rural America.

Can change come about without some catastrophic events?

The Civil War was catastrophic, yet a large swath of the South believed and still believes they were right and held the moral high ground. They were also mostly Christian fundamentalists who believe they are superior because of the color of their skin and the religion they profess to follow. There is a pattern here for anyone willing to connect the dots.

America has always had a race problem. It was built on racism and bigotry. This didn’t miraculously go away in 1964 with the passage of the Civil Rights Act. It didn’t go away with the election of Barack Obama. If anything, these events pulled back the curtain exposing the dark, racist underbelly of America that white America likes to pretend does not exist. From the white nationalists to the white, suburban soccer moms who voted for Donald Trump, to the far left progressives who didn’t vote at all, racism exists and has been legitimized and normalized by white America.

Rural white America does not understand the major issues. They base their beliefs on entrenched fundamentalist belief systems. They do not trust people outside their tribe. They have been force-fed a diet of misinformation and lies for decades and are unwilling to understand their own situations. They truly believe whites are superior to all races. No amount of understanding is going to change these things or what they believe. No amount of niceties is going to get them to be introspective. No economic policy put forth by someone outside their tribe is going to be considered. Their fears are based on myths and lies. They feel left behind in a world they do not understand and do not really care to understand. They are willing to vote against their own interest if they can be convinced that minorities will be harmed more than they. Christian beliefs and morals are truly only extended to fellow white Christians.