Inequality goes back to the Stone Age. Thirty thousand years ago, bands of hunter-gatherers in Russia buried some members in sumptuous graves replete with thousands of ivory beads, bracelets, jewels and art objects, while other members had to settle for a bare hole in the ground.

Nevertheless, ancient hunter-gatherer groups were still more egalitarian than any subsequent human society, because they had very little property. Property is a pre-requisite for long-term inequality.

Following the agricultural revolution, property multiplied and with it inequality. As humans gained ownership of land, animals, plants and tools, rigid hierarchical societies emerged, in which small elites monopolised most wealth and power for generation after generation.

As some groups increasingly monopolise the fruits of globalisation, billions are left behind

Humans came to accept this arrangement as natural and even divinely ordained. Hierarchy was not just the norm, but also the ideal. How could there be order without a clear hierarchy between aristocrats and commoners, between men and women, or between parents and children?

Priests, philosophers and poets all over the world patiently explained that, just as in the human body not all members are equal – the feet must obey the head – so also in human society, equality will bring nothing but chaos.

In the late modern era, however, equality rapidly became the dominant value in human societies almost everywhere. This was partly due to the rise of new ideologies like humanism, liberalism and socialism. But it was also due to the industrial revolution, which made the masses more important than ever before.

Consequently, the history of the 20th century revolved to a large extent around the reduction of inequality between classes, races and genders. The world of the year 2000 was a far more equal place than the world of 1900. With the end of the cold war, people became ever-more optimistic, and expected that the process would continue and accelerate in the 21st century.

In particular, they hoped globalisation would spread economic prosperity and democratic freedom throughout the world, and that as a result, people in India and Egypt would eventually come to enjoy the same rights, privileges and opportunities as people in Sweden and Canada. An entire generation grew up on this promise.

Now it seems that this promise was a lie.

Globalisation has certainly benefited large segments of humanity, but there are signs of growing inequality both between and within societies. As some groups increasingly monopolise the fruits of globalisation, billions are left behind.

Even more ominously, as we enter the post-industrial world, the masses are becoming redundant. The best armies no longer rely on millions of ordinary recruits, but rather on a relatively small number of highly professional soldiers using very high-tech kit and autonomous drones, robots and cyber-worms. Already today, most people are militarily useless. 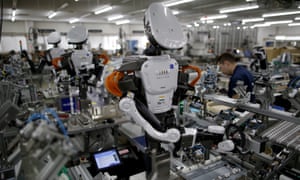 Humans basically have just two types of skills – physical and cognitive – and if computers outperform us in both, they might outperform us in the new jobs just as in the old ones. Consequently, billions of humans might become unemployable, and we will see the emergence of a huge new class: the useless class.

This is one reason why human societies in the 21st century might be the most unequal in history. And there are other reasons to fear such a future.

With rapid improvements in biotechnology and bioengineering, we may reach a point where, for the first time in history, it becomes possible to translate economic inequality into biological inequality. Biotechnology will soon make it possible to engineer bodies and brains, and to upgrade our physical and cognitive abilities. However, such treatments are likely to be expensive, and available only to the upper crust of society. Humankind might consequently split into biological castes.

Throughout history, the rich and the aristocratic always imagined they had superior skills to everybody else, which is why they were in control. As far as we can tell, this wasn’t true. The average duke wasn’t more talented than the average peasant: he owed his superiority only to unjust legal and economic discrimination. However, by 2100, the rich might really be more talented, more creative and more intelligent than the slum-dwellers. Once a real gap in ability opens between the rich and the poor, it will become almost impossible to close it.

The two processes together – bioengineering coupled with the rise of AI – may result in the separation of humankind into a small class of superhumans, and a massive underclass of “useless” people. 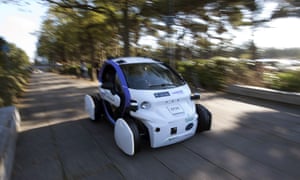 Now fast-forward 30 years. All vehicles are self-driving. One corporation controls the algorithm that controls the entire transport market. All the economic and political power which was previously shared by thousands is now in the hands of a single corporation, owned by a handful of billionaires.

Once the masses lose their economic importance and political power, the state loses at least some of the incentive to invest in their health, education and welfare. It’s very dangerous to be redundant. Your future depends on the goodwill of a small elite. Maybe there is goodwill for a few decades. But in a time of crisis – like climate catastrophe – it would be very tempting, and easy, to toss you overboard.

In countries such as the UK, with a long tradition of humanist beliefs and welfare state practices, perhaps the elite will go on taking care of the masses even when it doesn’t really need them. The real problem will be in large developing countries like India, China, South Africa or Brazil.

It’s very dangerous to be redundant. Your future depends on the goodwill of a small elite

These countries resemble a long train: the elites in the first-class carriages enjoy healthcare, education and income levels on a par with the most developed nations in the world. But the hundreds of millions of ordinary citizens who crowd the third-class cars still suffer from widespread diseases, ignorance and poverty.

What would the Indian, Chinese, South African or Brazilian elite prefer to do in the coming century? Invest in fixing the problems of hundreds of millions of useless poor – or in upgrading a few million rich?

In the 20th century, the elites had a stake in fixing the problems of the poor, because they were militarily and economically vital. Yet in the 21st century, the most efficient (and ruthless) strategy may be to let go of the useless third-class cars, and dash forward with the first class only. In order to compete with South Korea, Brazil might need a handful of upgraded superhumans far more than millions of healthy but useless labourers.

Consequently, instead of globalisation resulting in prosperity and freedom for all, it might actually result in speciation: the divergence of humankind into different biological castes or even different species. Globalisation will unite the world on a vertical axis and abolish national differences, but it will simultaneously divide humanity on a horizontal axis.

There is one more possible step on the road to previously unimaginable inequality. In the short-term, authority might shift from the masses to a small elite that owns and controls the master algorithms and the data which feed them. In the longer term, however, authority could shift completely from humans to algorithms. Once AI is smarter even than the human elite, all humanity could become redundant.

What would happen after that? We have absolutely no idea – we literally can’t imagine it. How could we? A super-intelligent computer will by definition have a far more fertile and creative imagination than that which we possess. 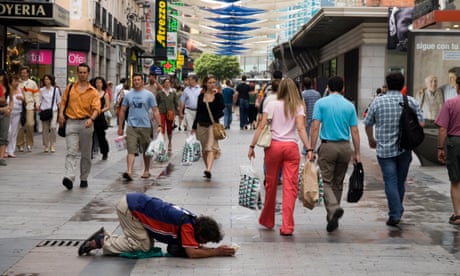 Of course, technology is never deterministic. We can use the same technological breakthroughs to create very different kinds of societies and situations. For example, in the 20th century, people could use the technology of the industrial revolution – trains, electricity, radio, telephone – to create communist dictatorships, fascist regimes or liberal democracies. Just think about North and South Korea: they have had access to exactly the same technology, but they have chosen to employ it in very different ways.

In the 21st century, the rise of AI and biotechnology will certainly transform the world – but it does not mandate a single, deterministic outcome. We can use these technologies to create very different kinds of societies. How to use them wisely is the most important question facing humankind today. If you don’t like some of the scenarios I have outlined here, you can still do something about it.